The funny thing about this one is that I own this one since it came out (must be around 12 to 13 years now) but I never knew or even suspected the existence of limited editions! The first one I discovered and bought was the cover with the vocalist Micha that is numbered out of 50 copies! 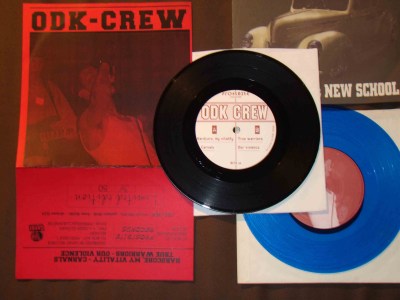 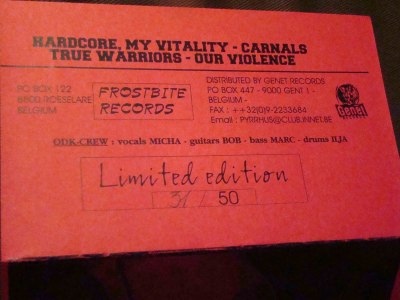 But then I figured I had all versions of that sweet record of my hometown bros from ODK Crew. But while surfing the web I saw a BLUE version in a tradelist. So I immediately took action and proposed a trade. The guy needed to think about it for a rather long time but we agreed on a trade!

So it arrived in my mailbox just recently. Blue vinyl with the same vinyl labels as the black regular version and also the same cover.

But then as if that wasn’t enough Edward Good Life suddenly listed a Blue version BUT now numbered on the B-side label with a stamp. That is still available here.

So here are the 2 BLUE versions: 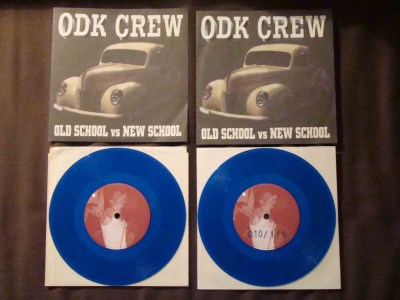 This collecting experience is was of the most surprising one in my entire career; who would have thought ten years back that these even existed and that later on I’d have a complete collection of it…

Anyway to make thing even more interesting for you I have just ripped the song from the vinyl to MP3 format, so that the unknowing can have a taste of this one too. The band is actually a side project from 2 VITALITY members (Marc and Bob) and the drummer of CONGRESS (Ilja), while the vocalist (Micha) is a long time friend of Vitality and local ODK hero!

When you read the lyrics you get a good scoop on how the ODK scene was constituted and organized! Here they are: 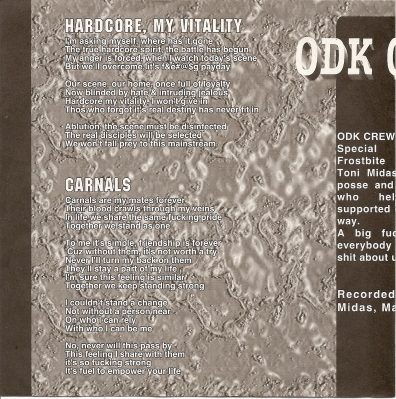 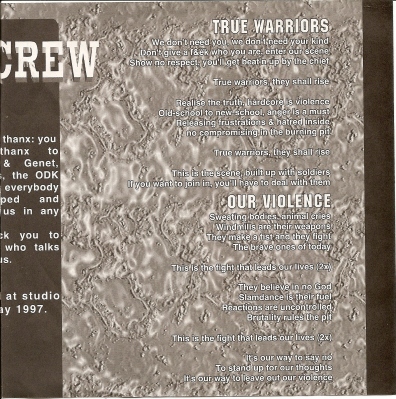 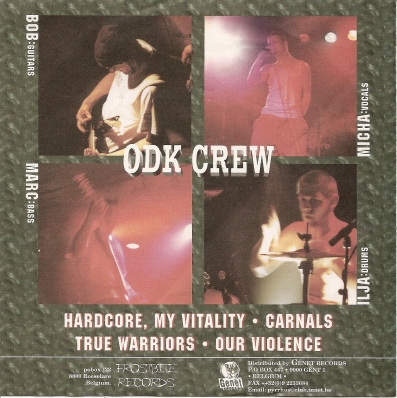