About 4 years ago, if I remember correctly I contacted a German infamous label called DEAD SERIOUS. They had reissues of the BREAKDOWN ’87 demo and the RAW DEAL demo which I wanted to check out. But they weren’t longer in stock. Which I experienced as a setback but the girl who worked there was friendly enough to tell me that they had some copies left of a limited collector box that contained these demo’s. 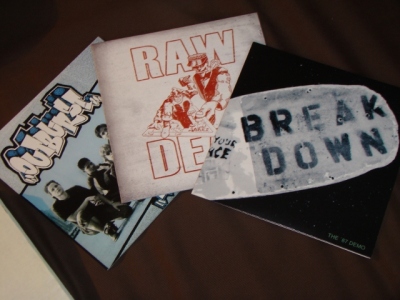 So it happened and I also got the MILES TO GO 7″ from OUTBURST. Pretty sweet thing if you ask me. And it’s actually quite rare, no more than 200 copies exist. Also never seen it on ebay or in a tradelist, which is logical because this box rocks and it’s definitely a keeper.

I’m not completely over the moon about it, because the vinyl labels of this reissue box are quite boring and cheap and all the same. Makes it look serial. But it’s on colored vinyl nonetheless. Also only the art of the covers are like the originals, there are also nice live-pictures on the inserts! 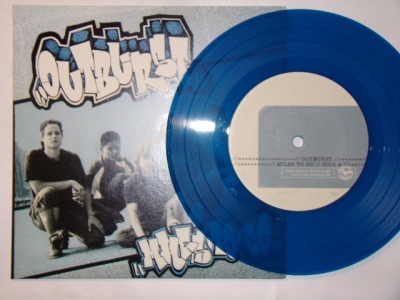 No need to say that this REAL non-Revelation NYHC. And that the BREAKDOWN demo is the best in my opinion! And that as I said I really should have posted this earlier, but actually forgot all about it given the endless stream of records coming in my mailbox the past 4 years!