As it were yesterday I remember the kids walking around proud wearing Arkangel merch at Good Life Fests back in the late 90’s. Brussels seemed so far away and different than the trusted H8000 area. Vocalists from H8000 bands seemed to care more about the well-being of kids in the moshpit than vocalists from BXL bands that played Good Life fests. Might just be me impression but maybe it was a different mentality of the big city and that of ours. Less caring about others resulted in more violence in the pit. ARKANGEL and LENGTH OF TIME, the Good Life BXL bands, were more violent than the average Good Life band, period! 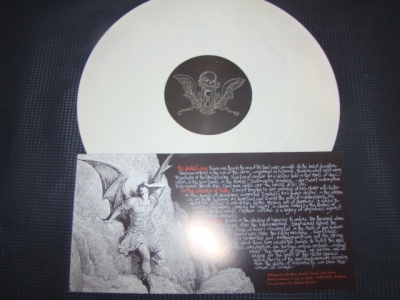 But how good was ARKANGEL back in the days? Pretty good I think! The urgent character of “Prayers Upon Deaf Ears” combined with those bestial vocals and to the point lyrics were good enough for me to get the CD and like it. But as many might agree their follow up, “Dead Man Walking” was so good it definitely belongs to one of Good Life’s best releases ever!
With this album they gained world wide recognition. The record can be found in Japanese collections as well as American. But what differs this album with the first album is definitely the slowing down and the crunchier riffs they might have got from All Out War? Anyway still good enough to upgrade from CD to vinyl and pay quite a fair amount of money to get this in my collection!

A resume article about the three albums Length Of Time made in their first four years of existence. In depth analysis of some of their lyrics and some notes about the music. And a pressing information fun fact can't be missing.
Length Of Time
The One Thing That Still Holds True