I suggest you get this 7inch on RATEL RECORDS if you are into Length Of Time immediately. It has the first version of ‘Maleficious World’. Length Of Time in their rawest and purest form. Truly awesome and way different than the final version you know from the “Let The World With The Sun Go Down” LP/CD. I can assure you it’s great to say at least.

Ratel Records is a label from Poland. A label that seems quite alive and kicking. I ordered the RED and BLACK version from their store and they were kind enough to insert one of the in between copies on Red with Black mixed wax. They also made an extra numbered cover for those copies. 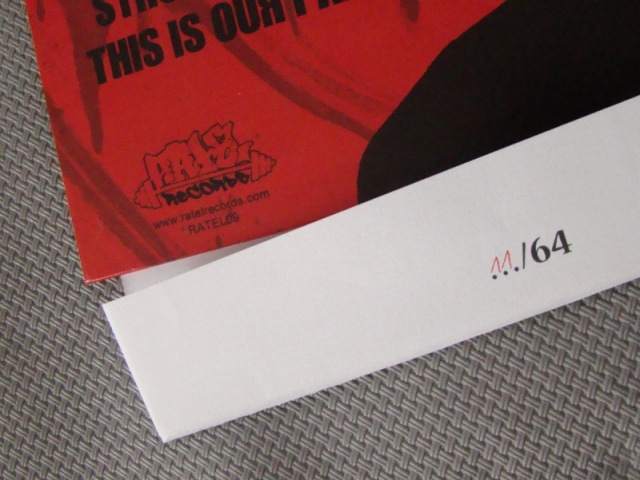 The package is a beautifully lay-outed gatefold 7inch sleeve: 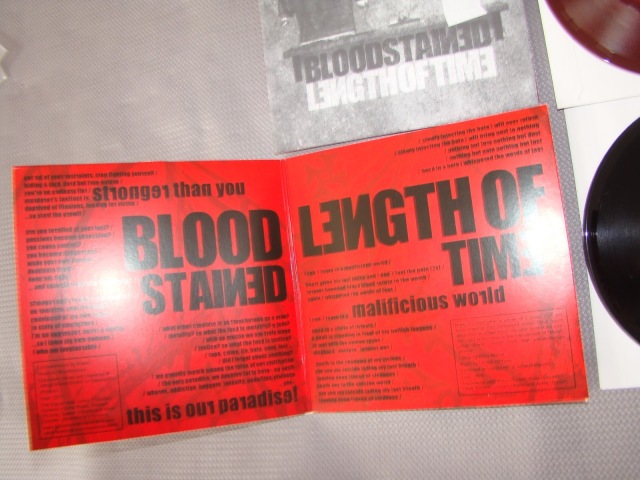 Bloodstained is a Polish band that sounds a lot like LIAR in their “Deathrow Earth” period, but also some Deformity-like sounds. Anyway, one could easily confuse their style as 90’s H8000-style of metal for real…