Almost simultaneously with the new BLIND TO FAITH album called Under The Heptagram, Reflections Records did an expanded reissue of the first LP of the Belgian Holy Terror pinnacle band. Awesome and addictive sound, filthy and fast, distorted and sick. This release definitely deserved a reissue.

So it happened and to differ both versions from each other, there is different artwork and also two other tracks added to the new version. Many people will not remember that I already posted about the two original elements that form this new release. So here is a resume! 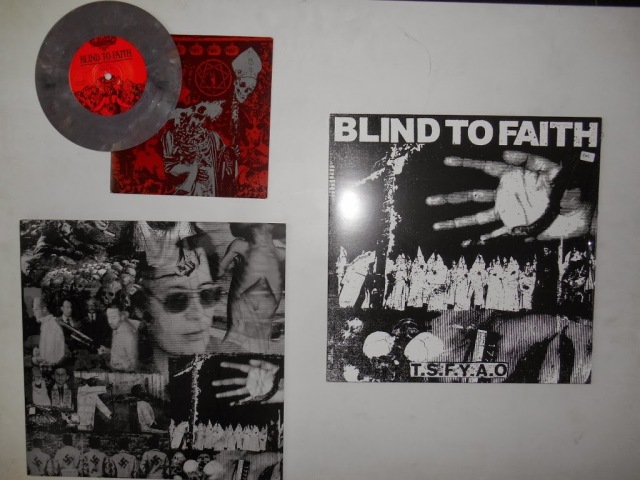 First there was the LP released by Holy Terror records, an immediate hit.
Later they became an A389 Records band. And so there was released a split 7 inch together with America’s long lasting doom and death metal band Gehenna. It looked like this:
The two above pictured releases were melted together to become a slick looking expanded reissue called T.S.F.Y.A.O. And that’s what this post is about. Looking good again, everything is black and white colored, from the cover, the printed inner to the vinyl and the vinyl labels. 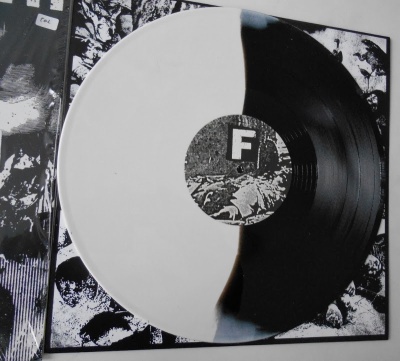 You can also look up and see that there are other colors of the original releases. Check out these links:
Also good the know is that the LP on Holy Terror hadn’t got an insert included. But people were able to download it online. But many people didn’t know that, so most of then come without. And if there’s one included it won’t be professionally printed.
Now that you know all of this, start collecting the hell out of it. But don’t expect to find these easily and if you do you gonna have to pay a lot. That’s a good reason to buy the reissue that is available now at REFLECTIONS RECORDS.

A resume article about the three albums Length Of Time made in their first four years of existence. In depth analysis of some of their lyrics and some notes about the music. And a pressing information fun fact can't be missing.
Length Of Time
The One Thing That Still Holds True