I am currently on a huge Joy Division trip. I bought some songs digital years ago, but this hadn’t been followed by getting a vinyl version. I had other priorities back then. Two weeks ago I decided to buy the “Closer” album on vinyl. Glad I did, this has been on repeat since arrival. Sometimes I perceive repetitive listening as dangerous, you may never exaggerate in listening to a certain piece of music. Overconsumption of certain creations can be harmful in my opinion.

I got into Joy Division by watching the film Trainspotting way back in the nineties. The song “Atmosphere” was on the second compilation of that film. Later when I went to study in Ghent, I listened to a lot of Joy Division, after the Edge-Metal and Hardcore phase. It’s great to buy an album on vinyl 15 years after that. 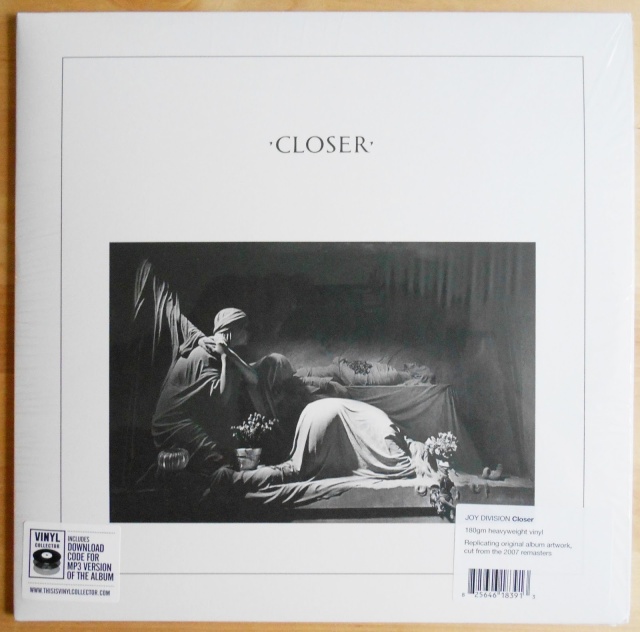 The version I have was officially pressed in 2015 in Europe by Factory on 180 grams vinyl. According to Discogs.com there are 129 versions of this title in existence. Imagine this in Hardcore, simply impossible.